The first full work week of the 2020 General Assembly, the week beginning January 13, has fulfilled its promise of being hectic, frustrating and productive.

The 2020 Session has of course seen new majorities. In the Senate, where Democrats and Republicans have traded the majority several times over the past 12 years, work proceeds. Redistricting and demographic change meant that this Democratic majority is significantly different than past ones. The loss of Senators Phillip Puckett of Russell County and Roscoe Reynolds of Henry County means that John Edwards from the City of Roanoke and I are the only members of the majority that live west of Richmond. The new Democratic majority, like the majority of the population and resources in Virginia, are centered in the crescent from Northern Virginia to Richmond and down to Virginia Beach. Lynwood Lewis from Accomack County represents a portion of the cities of Virginia Beach and Norfolk.

For 18 years, I have served as a member of the Privileges and Elections Committee. In this, my 19th year, I’m chairing the Committee. The work of the Committee focuses on constitutional amendments, elections, and campaign finance law. For example last week, the Committee voted to send the Equal Rights Amendment to the full Senate for a vote. This week we reported legislation to allow for no-excuse absentee voting and expanded voting access for our military servicemen and women serving overseas. We discussed at length legislation to ban contributions from public service corporations, but the vote will take place in the coming weeks. 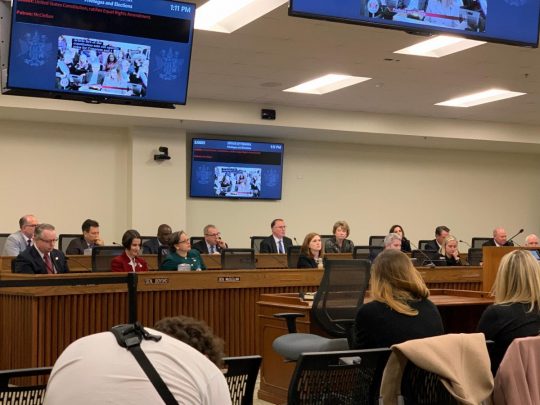 This session I am serving as vice-chair of the Judiciary Committee, formerly the Courts of Justice Committee. I will also chair the Criminal Law Subcommittee. Typically this committee is one of the busiest in the legislature, so the work will occupy much of my time.

I am a member of the Senate Finance and Appropriations Committee. The Committee handles both the ways and means of raising money for the state to operate, and appropriations, or how the state spends the revenue. On that Committee, I will chair the Capital Outlay Subcommittee, which deals with capital improvements to state facilities, principally institutions of higher learning.

My other two committee assignments are Commerce and Labor and Rules, both of which have heavy dockets as well. What I found is that being in the majority is much busier than being in the minority. The difference between now and when I was in the majority before is that I have more responsibility because of my seniority.

In reading the newspaper or watching the television, or even worse looking at Facebook, one would think that the General Assembly was only considering gun bills this year. There are certainly gun bills, but the work of making sure government functions for people all over Virginia and the funding the work government goes on.

Many of the issues coming before the General Assembly relate to the localities we represent. Delegate Austin and I have been working with a group of school board members from Alleghany County and Covington to provide support at the state level for whatever path forward they choose. We met with the group this past week in Richmond. While there have been no final decisions, the discussions appear to be fruitful and will continue. 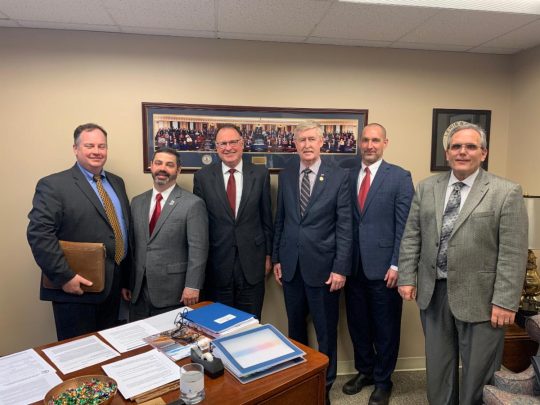 On another matter, I have long been concerned about the Virginia Horse Center (Center) in Rockbridge County. The debt load from the construction of the arena cripples the facility financially. A number of years ago, the Center was privatized in an effort to make it more financially secure. The late Delegate Lacey Putney carried legislation to direct funds generated by lodging taxes in the area to the Center. Candidly, that legislation is important, but it has not provided fiscal security for the Center. I am working with Delegate Campbell to develop a long-term plan for the Center. We both recognize that that facility has been a catalyst in driving economic growth in the equine and agricultural industries.

Some other things I am focused on include:

The bottom line is that this is a very busy session for me. The days start early and end late, and are full of meetings and work. It continues to be an incredible honor and a humbling experience for me to serve you in Senate of Virginia. If I can be of service to you or if you have comments or questions, please contact my office at (804) 698-7525 or by email at district25@senate.virginia.gov.

About the Author: Creigh Deeds