Only One More Week to Go!

With one week before the scheduled adjournment of March 12, the 2016 General Assembly is nearing completion on all major issues. In fact, it will be a surprise to me if we do not adjourn a day or two early this year. On two prior occasions, in 2000 and just last year, the legislature finished its business one day early. This year we may finish even earlier largely because one party controls both houses and we have avoided some of the highly contentious issues. Sometimes finishing early isn’t the right result. 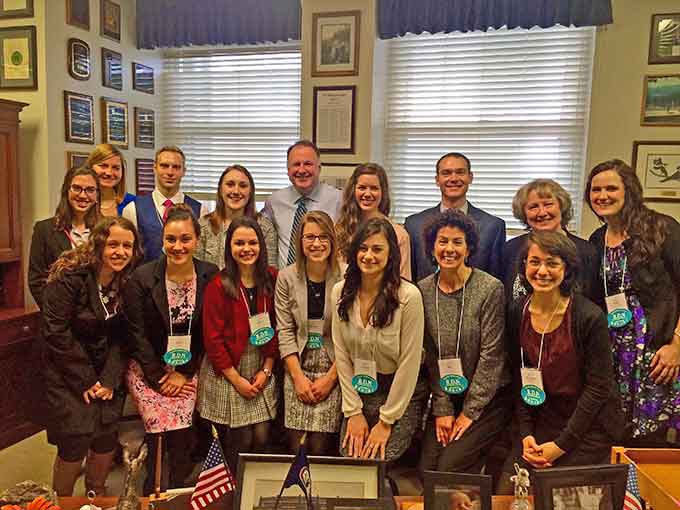 For three years we have had the opportunity to expand Medicaid and provide insurance coverage for up to 400,000 Virginians, 75 percent of whom either work full-time or live with someone who does. Expansion of Medicaid was included in the Governor’s budget this year, but both the House and Senate stripped it out, in large part because of opposition to the President and his policies. Many have argued however that Medicaid has grown too fast and we need to get that growth under control before expanding the program. They are correct in that Medicaid spending has grown.

Medicaid spending has increased rapidly in the past ten years. Our expenditures have grown from about $4.4 billion in 2005 to almost $8 billion in 2016. However, a couple of things explain the bulk of this increase. First, we have just gone through one of the worst recessions since the Great Depression in the 1930s. Incomes were slashed and jobs were lost, resulting in an increase of the number of children and low income parents who were eligible for Virginia’s bare bones Medicaid program. The economic loss due to the recession has been exacerbated in Virginia by sequestration. For the past sixty years, Virginia has had a buffer against recessions because of the increased federal spending we could rely on to boost our economy. For many years, we all have been screaming about out of control federal spending. However, the other side of that is that a whole lot of that spending has been in Virginia, creating jobs and economic activity in the Commonwealth. Sequestration and its promised future effects mean that our economy is changing in ways bigger than most of us have experienced in our lifetime. Those changes will require us to continue to focus on economic diversification.

The General Assembly has also worked hard in recent years to increase the number of waiver slots available to those individuals with intellectual and developmental disabilities. In fact, our spending on ID waivers has increased 34 percent since 2010. The budget this year continues to expand waiver slots given the unconscionable number of people who have been waiting years and even decades for services. Should we keep these individuals and their families desperate for assistance on waiting lists for another decade? Of course not.

In other words, the rapid growth in Medicaid spending has to be addressed but cannot serve as an excuse for our failure to provide healthcare to the working poor.

Of course, you can peruse all the legislation under consideration on the Legislative Information System or Richmond Sunlight. If you have any questions or concerns about lingering issues pending before the General Assembly, please do not to hesitate to contact me. The phone number here in Richmond is (804) 698-7525 and the email is district25@senate.virginia.gov. It continues to be my pleasure and honor to serve in the Senate of Virginia.

About the Author: Creigh Deeds