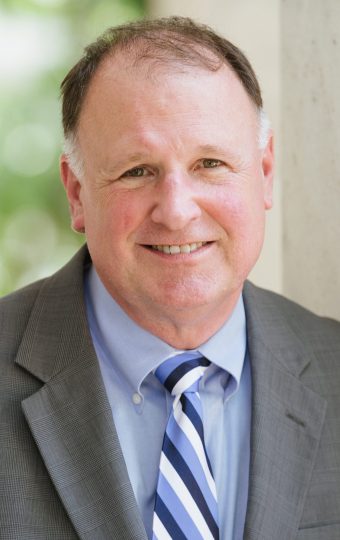 Senator Creigh Deeds represents the 25th Senate District, which includes the counties of Albemarle (part), Alleghany, Bath, Highland, Nelson, and Rockbridge, and the cities of Buena Vista, Covington, Charlottesville, and Lexington. He serves on five Senate standing committees and Chairs one:

Senator Deeds’ public service career began in 1987 when he was elected to serve as the Commonwealth’s Attorney of Bath County. In 1991 he ran against an incumbent and won in the 18th District in the House of Delegates. After serving 10 years in the House, Sen. Deeds was elected to the Senate in a special election in 2001. Senator Deeds was the Democratic nominee for Attorney General in 2005 and for Governor in 2009.

Senator Deeds chairs the Behavioral Health Commission. He also serves on the District Courts Committee, the Indigent Defense Commission, and the Special Joint Subcommittee to Consult on the Plan to Close State Training Centers, and the Joint Subcommittee on Health and Human Resources Oversight.

Senator Deeds has been commended for his efforts to reform mental health by the National Alliance on Mental Illness, the Greater Washington Society for Clinical Social Work, the Virginia Counselors Association, and the American Psychological Association Practice Organization as an advocate, legislator, and public servant. His advocacy work has also been acknowledged by NAMI – Virginia, the Psychiatric Society of Virginia, and the American Foundation for Suicide Prevention. For his work on behalf of crime victims, he was awarded the Warren Stambaugh Award from Virginians United Against Crime. He also has received the Leadership in Public Policy Award from The Nature Conservancy, the Preservation Alliance of Virginia Delegate of the Year, and the Virginia Association for Parks Legislator of the Year. His legislative work and accomplishments have also been recognized by the Fairfax Coalition of Police, the Virginia Conference of the American Association of University Professors, Virginia Education Association, BikeWalk Virginia, the Virginia Professional Fire Fighters, and the Virginia Community Healthcare Association.

Senator Deeds attended Virginia’s public schools and graduated from Bath County High School in 1976. After completing undergraduate work at Concord College, he received his law degree from Wake Forest University in 1984.  Senator Deeds is a lawyer in private practice and lives in Bath County with his wife, Siobhan. He has four children.